Would you like to ditch the crowded bus on your morning commute? Ever been sitting in traffic and thought, “I wish I could fly right over the top of all these cars, straight to my destination”? Well soon, you may be able to do just that!

Futran’s innovative new system is set to transform transportation in cities across the world forever.

Their futuristic design features driverless, solar-powered, glass pods suspended along a steel rail several meters in the air. This makes it the fastest, most inexpensive and eco-friendly rail system in the world.

After attending GTS 2018, the South African company, is taking large steps forward in growing their reach overseas. With assistance from specialised professionals in the GTS Team and access to GTS’s large network of connections, Futran has made several significant advancements since first being introduced to GTS by the African Chambers Association.

"GTS is like a torch light that enabled us to see a glimpse of a world that was almost hidden to us before, which is the heart and soul and spirit of the people of China. As a result, we are driven to enhance our relationship with China and our understanding of the people of China".  - Andries Louw, CEO at Futran

Not least of which was securing reliable, cost-effective manufacturing contracts in China.

With Futran’s popularity growing rapidly in developing parts of the world, local manufacturers were unable to keep up with the swiftly expanding company’s demands. On account of this they turned to GTS for support in moving their manufacture overseas and in so doing, procured excellent manufacturing deals through GTS’s connections in China.

While in China, Futran set out to make further progress in the international environment and again, called on GTS for guidance. GTS responded by taking Futran on a tour of some of China’s major cities, scheduling meetings with numerous city mayors, province leaders and other government officials. These meetings gave Futran the opportunity to showcase their product and, after sparking excitement with city planners across the country, turned out to be a phenomenal success. 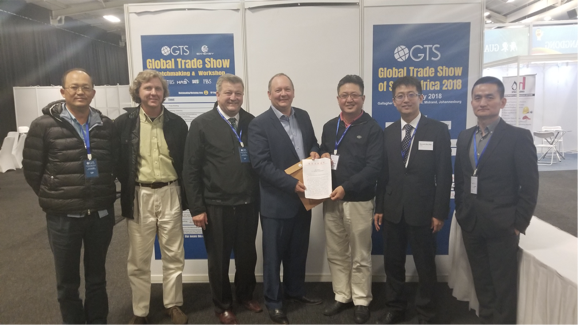 Some of these officials were so impressed with the design that they have signed MOUs and plan to implement the Futran system into some of their upcoming infrastructure projects in 4 cities across China.

In addition to this, GTS’s connections came in handy a third time when Futran sought to open a new research and development centre overseas. Within no time at all they had worked together to set up a fully functional, brand new centre complete with a team of specialised professionals.

GTS is the door to a universe we always knew is out there but never thought we will be priviledged enough to experience. Without the dedication and commitment of GTS and its staff the road towards understanding who to work with in China would have been hard and arduous, now its easy and a pleasure"  - Andries Louw, CEO at Futran

In summary, all projects on which GTS and Futran have worked together, have turned out to be an enormous success. From the newfound affordable & reliable manufacture of their goods, to the prospective installation of their systems in multiple cities and the set up of a research and development centre. Both sides have worked meticulously towards their common goal and great things have been achieved.